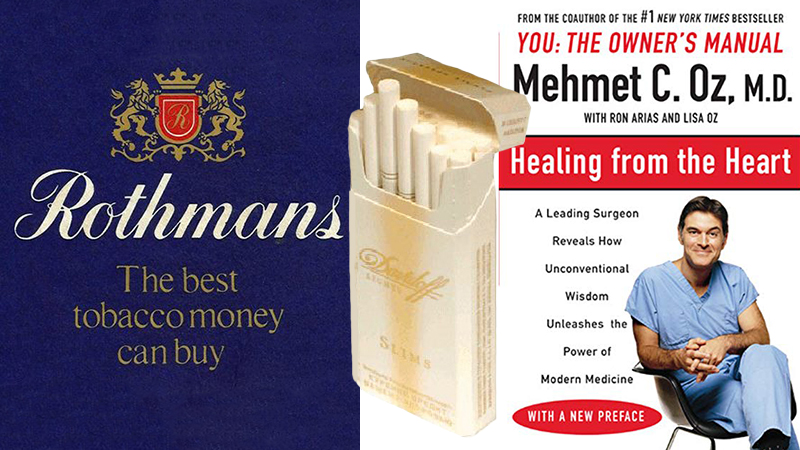 Posted at 09:11h in Opinion by NilTaskin
0 Likes
Share Love this slogan since I heard, long years ago… one of the best advertisement slogan but used for a bad product, could be better fit for any luxury products.

I received a message from a friend, who decided to quit smoking just this morning. I felt I can share more about my story.

I was a smoker during my college years… Not a heavy one thought, most 5-6 cigarettes in a day. Started because of my high school friend Derya… Right after got our high school diplomas in that summer… My first taste of cigarette was Marlboro from my father’s pack but never liked it! Always almost turned my stomach down… my first bought pack was a Camel, because I thought it was a cool brand to smoke… later I turned to Short Camel… and years later ended up with Davidoff Slims… My cousin was smoking this one.

I think, It was early 2000s, actually was not a good time to quit smoking… because my mother was still in coma and I was newly separated so I could be depressed and may want to continue to smoke…

My face skin was a bit dry lately in that time, I was trying to figure it out why it is drying that way… and one day, just like this, it was a spring time afternoon, I was in balcony at the home… decided to quit smoking… and I really did.

I had a half pack Davidoff Slims cigarette in my hands that day, I kept that pack with me, thought If I want to smoke one or two… but I never did…

Brought that very same half pack with me wherever I go at the beginning, then I moved to NYC, still it was with me… probably still I can find in one of my old suitcases If I check now… Later, sure it was just a symbol for me to see “wow how strong-willed I am”, just to my self… When I am packing for some reasons, seeing that half pack Davidoff in my suitcase’s back pocket and feeling wonderful…

Human body already have enough unsolved health problems and smoking is not helping either… If you think, you’re not one of these magnificently marvelous creatures genetically, whenever you can, quit… quitting is the best decision.

READ:  Snowstorm is hitting New York City and I am just fine!

But actually cardiologist and cardiac surgeons find that fat is more dangerous than smoking… at least I remember from Mehmet Oz‘s one of the first books. He is not that much against smoking… He prefer smoking over fat… if you read the book, you will understand what I mean… He is giving two brothers as an example in the book, a real story… one of the brothers is fat, funny, happy mood and a smoker just taking a few vitamins for healthier life, that’s it… but the other one is having heart problems, who has depressive mood…

And lately we start to read from new studies that a little bit fat is healthy for later ages too… I think balance is the important factor for everything, at least for now we can tell this much.

Healing From The Heart